It’s hard to find children’s books with Black characters, so a coach’s family wrote its own 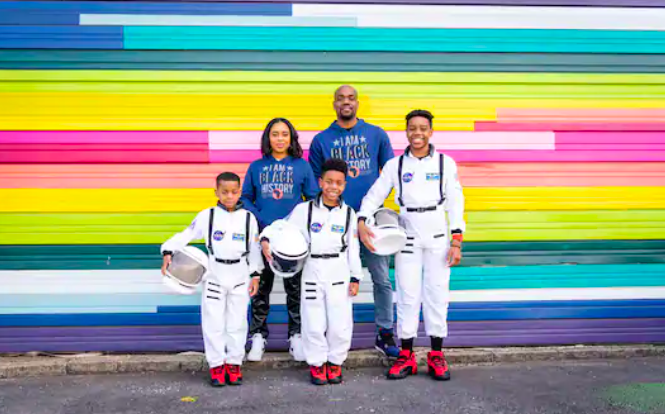 “It became painfully clear to me that these were stories that needed to be told,” Haynes said. “It became very important to me for my boys to not only have the news or the NBA to see images of other Black men.”

While at home during the pandemic, Haynes wrote for months. She long ago landed on Guion Bluford Jr., the first African American to go to space, as an ideal character. By the fall, Haynes had finished a manuscript for a book that follows her three sons on a trip to space, where they meet and learn about Bluford. A couple of weeks ago, she finally held a hardback copy of her book, “The Adventures of Us: Getting to Know Guion Bluford Jr.,” and now it’s landing in the hands of other children. …

“We try to tell them that: Your life doesn’t have to be just sports,” DeAndre Haynes said. “You look at it out here, man, there are so many successful people who are not doing something with a basketball, with a ball, on a field, on a court. And we want them to know that.”