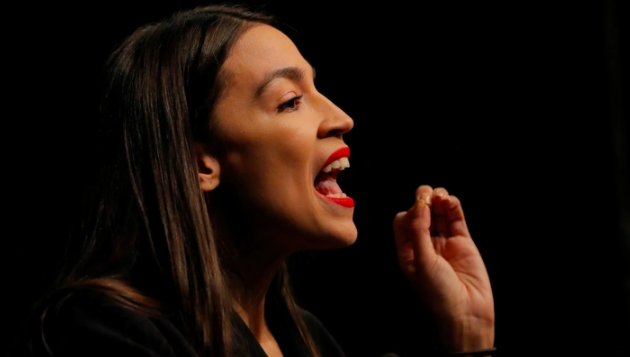 Ocasio-Cortez was engaging in what linguists call code-switching. Few find code-switching surprising when Latinos do it between English and Spanish, alternating between the two languages within a single conversation or even sentence. The concept perhaps seems less familiar when done between dialects of the same language, but this, too, is extremely common. For example, what an unfortunate number of Americans think of as black people slipping into “errors” when they speak is, in the scientific sense, people code-switching between standard and Black English, the latter of which is an alternative, and not degraded, form of English.

Ocasio-Cortez’s critics seem to assume that since she is not black, her use of Black English must be some kind of act. This, however, is based on a major misreading of the linguistic reality of Latinos in America’s big cities. Since the 1950s, long-term and intense contact between black and Latino people in urban neighborhoods has created a large overlap between Black English and, for example, “Nuyorican” English, the dialect of New York’s Puerto Rican community. To a considerable extent, Latinos now speak “Ebonics” just as black people do, using the same slang and constructions, code-switching between it and standard English (and Spanish!) in the same ways.

This means that Ocasio-Cortez, as a Latina, was not using a dialect foreign to her experience. She grew up around it; it would be surprising if she did not have it in her repertoire to some extent. “I am from the Bronx. I act & talk like it,” she tweeted. Anyone who would riposte that she isn’t from the black Bronx in particular would miss that Black English stopped being a black-exclusive dialect in the Bronx decades ago.

Read: Should code-switching be taught in schools?

The dustup also reflects another misimpression about Black English: that only uneducated people can be considered “authentic” in using it. This partly reflects a sense that Black English is a mere matter of grammatical flubs, a legacy of inadequate education. That analysis of Black English has been resoundingly refuted by shelves and shelves of research by linguists. Yet even someone who acknowledges that Black English is not broken language might suppose that it is rooted solely in being black and, roughly, poor.

By John McWhorter, The Atlantic