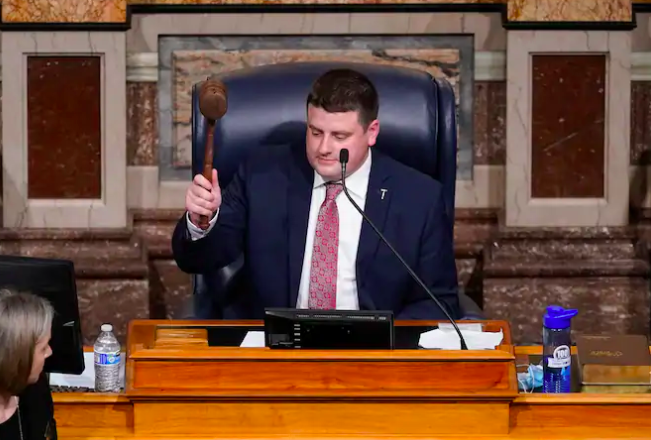 Iowa House Speaker Pat Grassley (R) has repeatedly pushed back against imposing a mask mandate inside the legislature, saying that he cannot force lawmakers to cover their faces — just as he cannot stop someone from voting on the House floor in their bathing suit.

But when one Democratic lawmaker attempted to speak during a floor debate on Tuesday — not in a bikini or one-piece but in jeans — Grassley called her out for violating the chamber’s dress code.

“You will not be recognized to speak for debate,” he told state Rep. Beth Wessel-Kroeschell (D), according to the Des Moines Register. “You can continue to vote from the floor.”

That was, perhaps, exactly as she had planned it. As the Register first reported this week, Wessel-Kroeschell told members of her party that she wanted to challenge Grassley’s remarks by sporting jeans inside the statehouse, defying an established rule on formal attire.