If you can punish a teenage girl for spaghetti straps, you can enforce a mask mandate 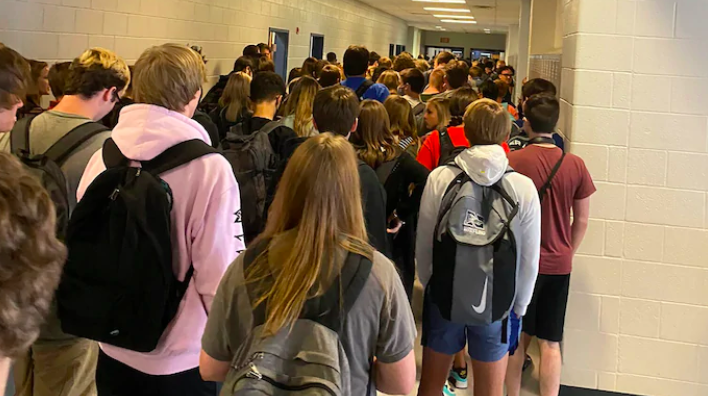 Call it karma or science (it’s science), but over the weekend news broke that nine people, both students and staff, had tested positive for the coronavirus at North Paulding High School. This is the Georgia school made notorious last week by a photo of a hallway swarming with shoulder-to-shoulder unmasked students. It’s where the girl who posted that photo online was initially suspended for her whistleblowing, and where the superintendent claimed, “wearing a mask is a personal choice and there is no practical way to enforce a mandate to wear them.” It is also the place where irony died, because the school had proved it did have at least one tool — suspension — for dealing with students it believed were in the wrong. …

Punish mask noncompliance the way many schools have for decades wrongly punished teenage girls for spaghetti straps, shorter skirts and scooped necklines (all prohibited in North Paulding’s dress code), yanking those girls out of class for “distracting” their fellow classmates with scandalous body parts like knee caps.

You know what is truly a distraction? Being yanked out of class while you’re just trying to learn trigonometry. Hearing that your male classmates’ learning experience is your responsibility. Fearing that a visible bra strap, or the “personal choice” of your clothing will get you called a slut.