Ida B. Wells Is the Latest Historical Black Icon to Be Turned Into a Barbie Doll 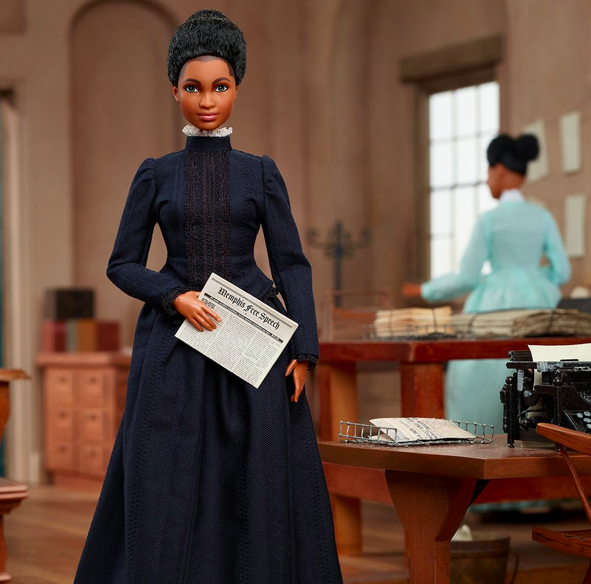 The latest Black historical figure to join the ranks of female icons who have been morphed into Barbie Dolls is Civil Rights activist Ida B. Wells.

The late investigative journalist – who was also one of the original founders of the NAACP – dedicated her career to reporting on the racial injustices of African American people that occurred in the South during the late 19th and early 20th centuries.

Her devotion to combating racism and sexism by challenging the status quo over her lifetime made her an obvious addition to Mattel’s “Inspiring Women” collection, an initiative launched by the toymaker to help inspire young girls through representation and close what it refers to as the “Dream Gap.” The series, which spotlights historical and present-day role models who paved the way for generations of girls, has paid tribute to nearly a dozen figures so far, most recently inducting Helen Keller and Eleanor Roosevelt into Barbie fame.