Humpback whale song is about finding, not attracting, whales 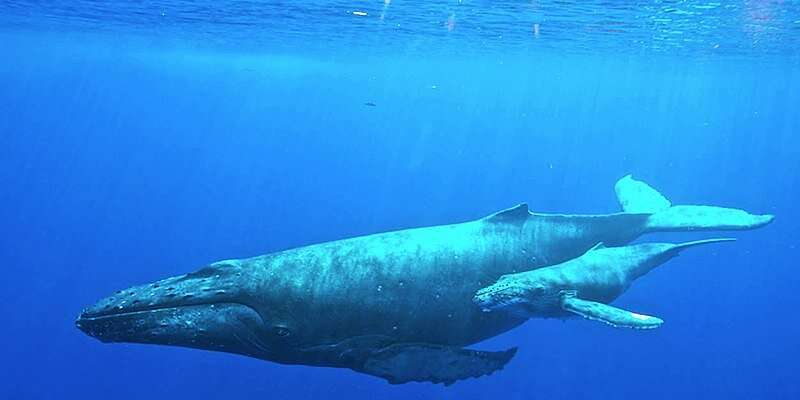 Think of common courtship displays in the animal kingdom, like the flashy display of a peacock’s tail or the treetop melody of a songbird’s tune. Each is relatively constant. The brilliant colors in a male peacock’s plumage do not change during its attempts to attract a female. And songbirds rely on repetition, like top-40 radio stations, singing the same songs in the same kinds of ways during their mating rituals.

His latest research suggests that the inherent variation of humpback whale song is a form of echolocation. Analysis of those variations produced by whales and recorded off the coast of Hawaii uncovered mechanisms within songs that may be comparable to those at work in the eyes of land animals as they examine their environment.

Reproduction plays a potential role, but the purpose of humpback whale song isn’t to attract, but rather to find, other whales, according to Mercado, whose new paper was intended as a descriptive analysis, based on information from Google’s publicly accessible Pattern Radio database, before it veered into another curious and more illuminating direction.