How the Perfect Lawn Became a Symbol of the American Dream 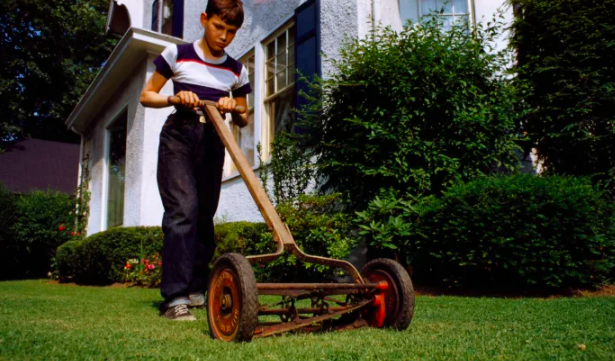 With the rise of suburbia in post-WWII America, the perfect lawn became a potent symbol of the American dream. Whether a sprawling sweep of green mowed in crisp diagonal bands or a more modest swatch of grass and clover, a lawn expressed the national ideal that, with hard work, sacrifice and perhaps a little help from Uncle Sam, home ownership and a patch of land could be within reach for every American.

By contrast, Europe’s historical development of lawns had largely expressed values of elitism and power: Some medieval castle dwellers needed their tall grass hand-cut by scythes in order to see approaching enemies. Landowners with livestock required fields cut down to grazeable heights. And wealthy people with leisure time tamed nature into neatly trimmed surfaces for sporting endeavors like golf, tennis and lawn bowling.

And while early American landowners had appropriated some of those values, by the mid 20th century, the nation had grown its own, less elitist image of the lawn. That evolving history would be shaped by the G.I. Bill, widespread home ownership, egalitarian ideals, technological advancements in mowing, golf courses and the saga of race.

By Farrell Evans, for History.com