How the pandemic has changed the way we greet each other 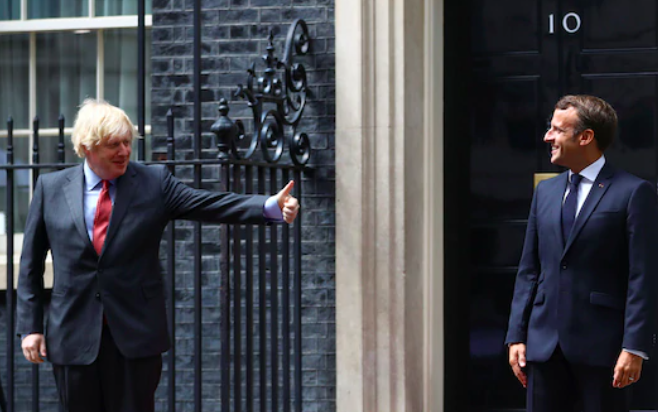 French President Emmanuel Macron and British Prime Minister Boris Johnson greeted each other with waves and thumbs-up this week. Even the elbow bump with which Joe Biden and Bernie Sanders opened their mid-March debate is a thing of the past. Forget handshakes or hugs. And gestures aren’t the only rituals learned over a lifetime that have been adapted in mere months since the novel coronavirus began changing the world. Verbal greetings and leave-takings have evolved, too.

Until recently, we could begin a conversation with “How are you?” or “How are you doing?” and expect a perfunctory “Fine” or “Good” in response. We could start an email with “I hope this finds you well,” never expecting a comment on that hope, regardless of how well or unwell the recipient happened to be. These greetings are what linguists call “formulaic expressions”: idiomatic phrases people say in certain circumstances without a thought to their literal meaning.

Now, no one takes health for granted, and everyone is going through at best a tough time and possibly an awful one. That forces us to notice the meaning of the words in these greetings — and to change them. Now it’s much more common to hear “I hope you’re managing” or “doing okay” or “hanging in there” — or any of myriad other ways of implying what a fellow linguist used parentheses to convey while preserving this familiar formulaic expression: “I hope you’re doing (as) well (as one could expect under the present circumstances).”