How the Nazis used music to celebrate and facilitate murder 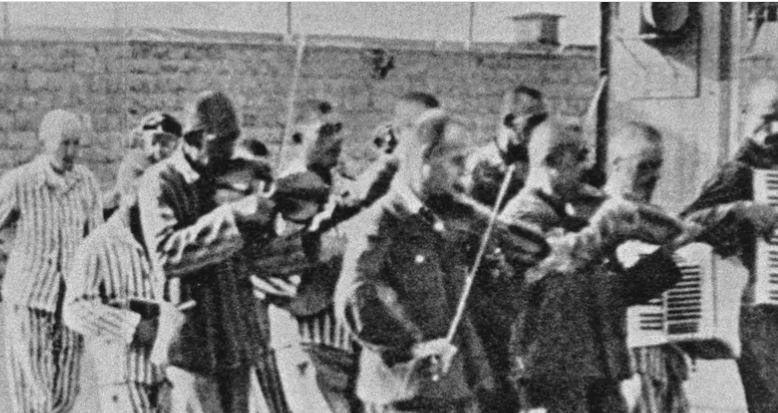 Beautiful music accompanying murder and rape is a bizarre and disturbing juxtaposition. But its use by the perpetrators to torture their victims and to celebrate their acts reveals not only the darker side of its use but also offers insights into the festive mindset of the killers as they participated in genocide.The fusion of alcohol, music and song with mass murder shows how violence was normalized – even celebrated – by the Nazis.

Under the Nazi regime, music and song forged community, camaraderie and shared purpose. In unit bars, around campfires and at the killing sites, the addition of music was more than just a form of entertainment. It was also an instrument for promoting a common purpose and bringing people together. Through rituals of song, drink and dance, the Nazis’ actions could be collectivized and normalized – and their larger project of violence that much easier to pull off.

Ultimately, genocide is a societal endeavor; music and song – like political philosophies – are part of a society’s cultural artifacts.

So when mass murder becomes a central tenet of a society, perhaps it shouldn’t be a surprise that these atrocities are carried out against a backdrop of stirring song, a rousing military march or a sentimental Schumann melody.