How the Buddha Got His Face 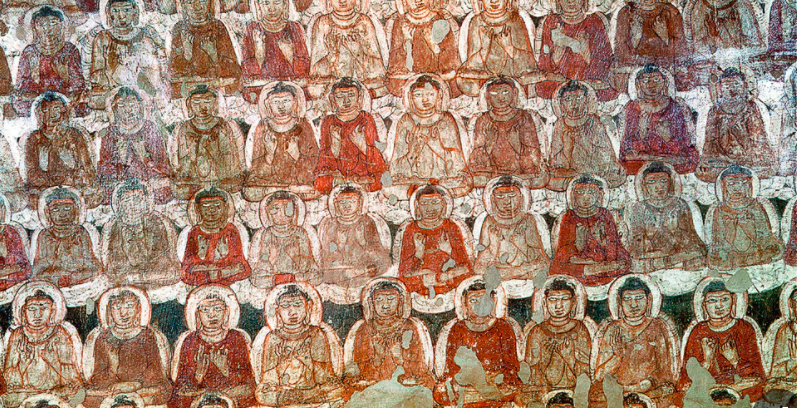 THE STORY OF how the image of Buddha finally broke forth into the world after 600 years of symbolism is one of the most intriguing in the history of art — one that is inextricably tied up with the advent of a new dynasty in India that, unconstrained by the conventions of the past, was able to set the image of the Buddha free into the world of men.

It begins with the Kushans, descendants of pastoral nomads who emerged like a wind out of the Eastern steppe around the second century B.C. They were heirs to a dazzling hybridity, which included the first ever confluence of Greece, China, Persia and India. Evidence suggests that it was under their reign that a reconstituted form of Buddhism, known as Mahayana (Great Vehicle) Buddhism, flourished and was transmitted along Kushan-controlled trade routes, deep into the East, through China, and eventually Korea and Japan. It was this rare meeting of politics and faith that led to the discovery, Coomaraswamy felt, “that the two worlds of spiritual purity and sensuous delight need not, and perhaps ultimately cannot, be divided.”