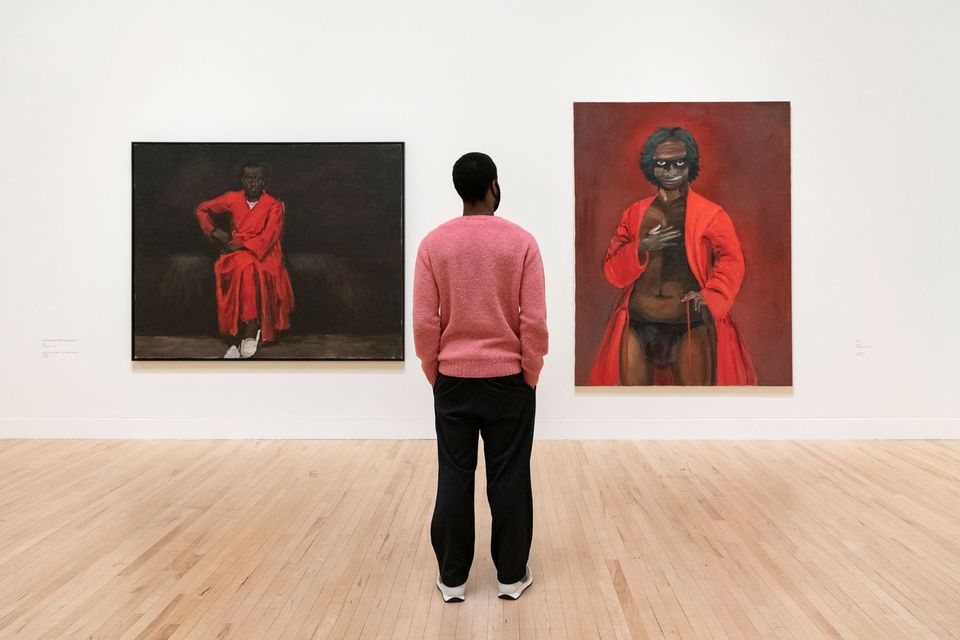 This month, the Museum of Fine Arts (MFA) in Boston has two concurrent exhibitions with specially commissioned music playlists. While the playlist for Monet and Boston, compiled by the US pop musician Barrie, serves as complementary media—a sort of experimental musical impression of the Impressionist’s paintings—the playlist forBasquiat and the Hip-Hop Generation is such an integral element of the exhibition that it is played throughout the galleries.

As well as songs that represent the period, by the likes of Michael Jackson, Run-DMC and The Clash, the playlist features “straight-up jazz choices”, Tate says. These tracks by musicians such as Miles Davis, Dizzy Gillespie and Billie Holiday “reflect the importance and prevalence of bebop and post-bop to Basquiat, the music that, by all reports, he played incessantly in his studio while working”.