How Should the Media Talk About Climate Change? 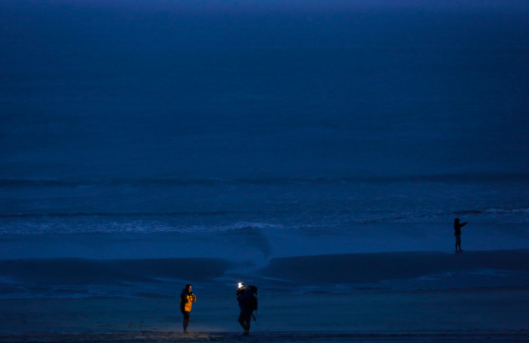 Genevieve Guenther, a former Renaissance scholar, studies how we discuss global warming—and how we don’t.

Guenther runs a volunteer group called End Climate Silence, which is focussed on combatting something more subtle than the aggressive climate denial espoused by Trump and his allies in government, or on Fox News: when news anchors or weather forecasters breathlessly cover an extreme-weather event—a hurricane, drought, forest fire, or heat wave—without ever mentioning the C-phrase. Instead, they’ll talk around it, using terms like “historic,” “unprecedented,” and “record-shattering.” According to Guenther, this silence is just as pernicious as denial. “There is a name for the unprecedented intensity and scale and relentlessness of extreme-weather disasters,” she said. “Climate change.” She added, “If you fail to mention that, it gives people the impression that it’s not happening—that these disasters are acts of God.”

Until recently, climate silence was the norm on television. In September, as the wildfires raged, the nonprofit group Media Matters published a study showing that only four per cent of ABC, NBC, and CBS news segments on the wildfires the month before had mentioned climate change. On September 10th, Guenther published an op-ed in the Boston Globe, citing another Media Matters finding that there had been a similar silence around Hurricane Laura. (Out of fifty network news segments on the storm between August 24th and August 27th, none had mentioned climate change.) “For too long, journalists have feared that reporting the links between extreme weather and climate change might expose them to the charge of liberal bias,” she wrote. “But the news media should not be influenced by such tactics.” …

By  Lizzie Widdicombe, The New Yorker