How Does That Song Go? This Bird Couldn’t Say. 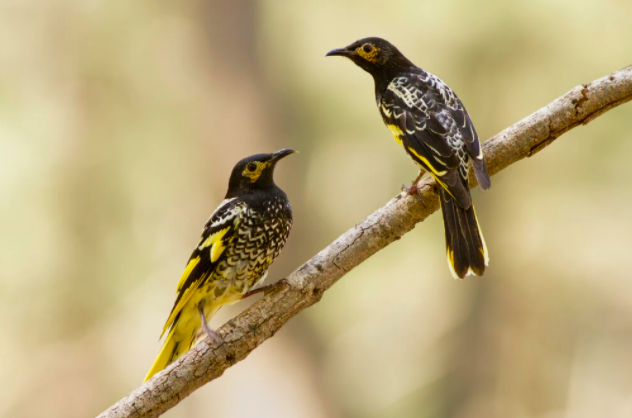 New generations of a critically endangered species of songbird are failing to learn the tunes they need for courtship. It could lead to extinction.

Everyone else seems to know the song, except you.

Humans who sing karaoke know the feeling. So do birds, apparently, and it’s a big problem for one avian species in Australia.

As the population of the critically endangered regent honeyeater plummeted over the years, some young birds could no longer find older ones to teach them to sing, a new study reports. As a result, the birds have failed to learn the songs they need for courtship and other evolutionary business.

They try to compensate by mimicking songs from other types of birds. But because female regent honeyeaters aren’t easily moved by unfamiliar melodies, the courtship ritual is doomed to fail.

“We find that some males, if they’re not paired, just spend all their day singing, looking for a mate,” said Ross Crates, the paper’s lead author and a postdoctoral fellow at the Australian National University in Canberra.