How did Uncle Sam become a symbol for the United States? 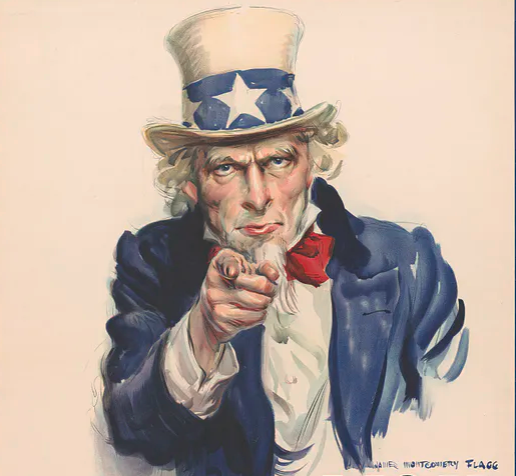 The most familiar Uncle Sam image of all time is an Army recruiting poster designed by James Montgomery Flagg in 1917. In it, Uncle Sam proclaims “I WANT YOU,” while sternly pointing directly at the onlooker.

That World War I publicity campaign worked so well that the government used the image again to recruit soldiers and other members of the armed forces during World War II.