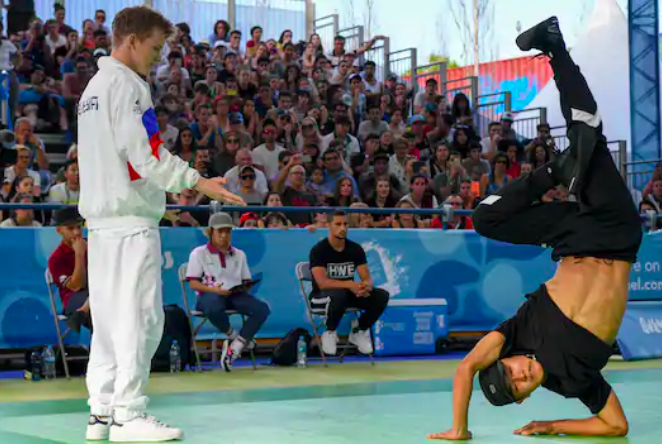 “I just thought: ‘My kid loves it. I work in sports. I’ve created associations. Why not? This is what I do,’ ” Zavian said.

That was a full decade ago. The result was the United Breakin’ Association (UBA), an early step in organizing a sprawling, disorganized collection of young dancers, known as b-boys and b-girls, many of whom had no interest in formalizing and codifying their preferred form of self-expression. They were part of an anti-establishment counterculture that feared being co-opted by people who didn’t understand the dance or its dizzying band of denizens.

The story of breaking’s meteoric rise to the Olympic stage — it’s set to make its debut at the Paris Summer Games in 2024 — involved an unlikely and reluctant partnership between street-savvy breakers and traditional ballroom dancers, an evolution of an urban art form into a competitive endeavor and a lightning-fast education campaign to sell Olympic officials and a curious sporting public that breakers are very much athletes. …

Breaking’s quick ascent as an Olympic-level competition has complicated its governance issues and stirred mixed feelings across the sprawling dance community.

It’s an awkward marriage to be sure, non-breakers suddenly charged with championing an unfamiliar discipline, still holding out hope their preferred style of dance will someday impress Olympic organizers. Graham remembers a quarter-century ago when snowboarders made a splash on the Olympic stage but found themselves under the organizational control of ski-centric bodies.

“We’re talking about a completely different demographic,” Graham said. “The breakers aren’t ones who you can just regulate. That doesn’t mean they won’t collaborate, but it’s going to be a challenge for the ballroom dancers.”