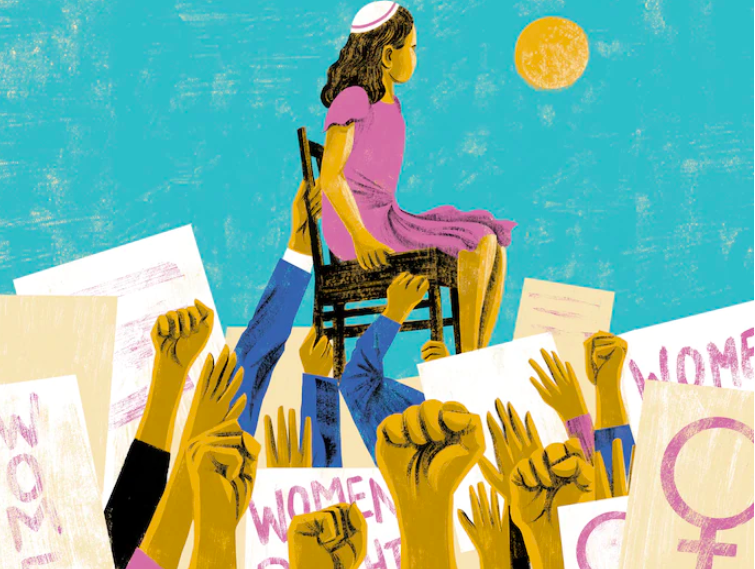 The bat mitzvah, 100 years old this month, was a ‘landmark and steppingstone’ for equality.

A century ago, Jewish American girls gained the right to come of age ritually as their male counterparts do: with sheer terror delivering speeches and chanting biblical Hebrew in their squeaky voices before family, friends and entire congregations. Like bar mitzvah boys, they too could receive the sorts of gifts “you’ll appreciate when you’re older,” like trees planted in Israel in their names.

Today bat (or bas) mitzvahs are commonplace — and occasions for major celebrations — although for many years they were looked upon skeptically by traditional Jews. As it turned out, the bat mitzvah helped pave the way — slowly — for equal rights for women. Congregations seeing and hearing women’s voices in synagogue made American Jews more comfortable with the idea. It took 50 years after the first bat mitzvah in March 1922 until the first female rabbi was ordained in the United States, and the first female American cantors followed. But even then, many congregations refused to hire female rabbis and cantors.

The bat mitzvah, with young women conspicuously leading the congregation and dressing in similar ritual attire as men, proved an important “landmark and steppingstone,” Lauren Strauss, an American University Jewish studies historian, told me. “The bat mitzvah really normalized and increased the level of comfort with the idea of women wearing this garb and leading in prayer.”