Hip-hop is the soundtrack to Black Lives Matter protests, continuing a tradition that dates back to the blues 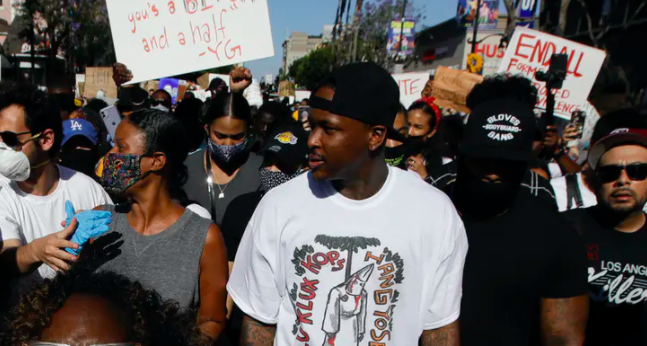 Hip-hop artists have protested police violence in their music for decades. In the late 1980s and early 1990s, rappers from different corners of the United States described the brutal and discriminatory police tactics they witnessed in their communities. …

As a cultural historian who studies connections between race and music, I know that the rich history of protest in Black American music started much earlier than hip-hop. The tradition is as old as Southern blues and continued through jazz and rhythm and blues.

Take, for example, the “Joe Turner Blues,” a song that likely originated in the late 1800s. According to folklorist Alan Lomax, Black residents of the Mississippi Delta used the earliest versions of the song to describe a white sheriff named Joe Turner who sent Black men to chain gangs or to work on building levees.

By Tyina Steptoe, Associate Professor of History, University of Arizona