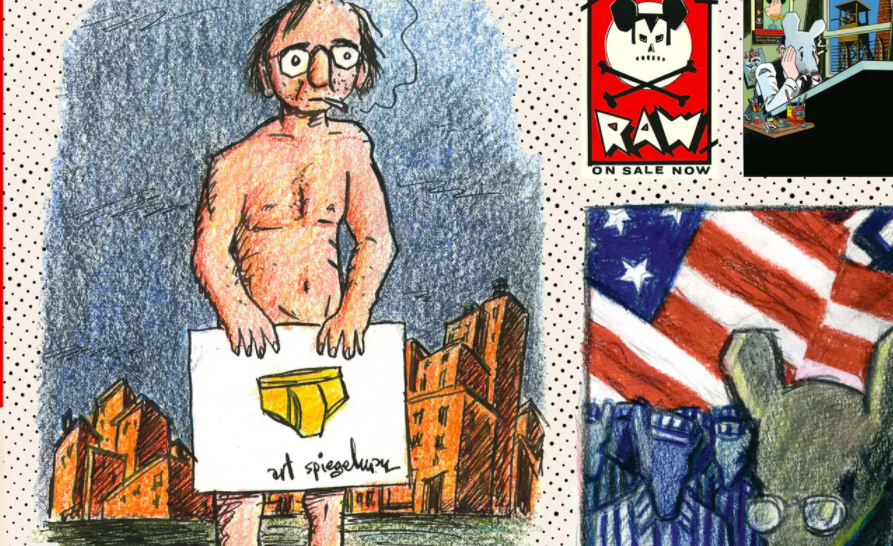 Forty years on from ‘the first masterpiece in comic-book history’, the Pulitzer-winning cartoonist talks fame, switching styles and why he doesn’t want to draw Trump.

Yet being adult is, in a way, what Spiegelman is famous for. In the age-old discussion about when comics finally “grew up” Maus is often exhibit A. The New Yorkercalled it “the first masterpiece in comic-book history”. It’s the comic that people who don’t read comics have read, and the only graphic novel ever to have won a Pulitzer prize. Forty years on – the first chapter appeared in serial form in Spiegelman’s underground zine Raw in December 1980 – it remains a monument in the genre. …

“Early on I realised I didn’t want to become a Trump caricaturist – that it was just playing into his narcissism, ultimately. I just backed off and I’m now trying to see what the hell’s been happening to us. It makes me recant something I rather cockily said back in 2001, which was when I found myself unable to move from September 11 to September 12. About three months later, my brains poured back in my head and I said: ‘I guess disaster is my muse.’” He recants: “Now disaster is just a fucking disaster.”

By Sam Leith, The Guardian