Gorillas Beat Their Chests to Communicate With Each Other 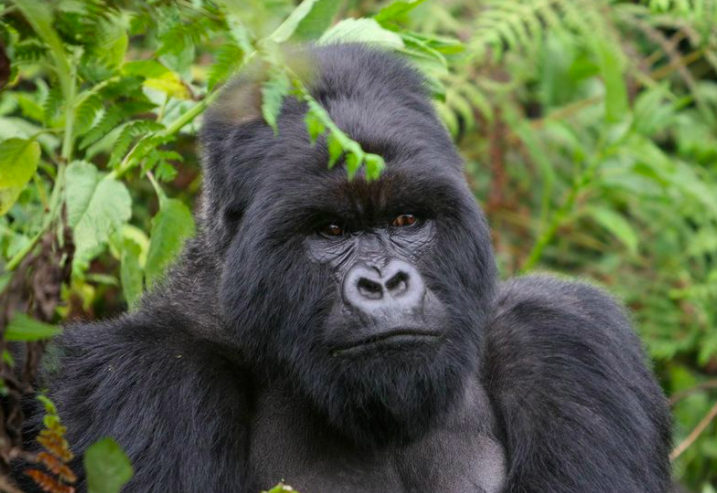 The larger male apes have lower frequencies in their pounds and may use chest-beating to signal their social status, strength, and size to others.

The team also noticed that larger gorillas produced deeper-toned chest drumming. Previous research has shown that a gorilla’s larger body size is linked to reproductive success and social rank, the Guardian reports. The chest-beating could be another way for the gorillas to convey their size to others and, in turn, avoid fights that could result in serious injury or death.

“The smaller one presumably says: ‘Right, you are bigger. There is no point in me fighting you because I am likely to lose. I am likely to get injured. This is not good for me, and so I am just going to retreat’,” says co-author Edward Wright from the Max Planck Institute for Evolutionary Anthropology to the Guardian.

While gorillas can obviously observe size just by getting a good look at their peers, the researchers suggest chest-beating is more reliable when trying to communicate through a dense forest habitat, reports Bryan Lawver for Inverse. The mighty percussions gorillas create by cupping their hands over their chests is powerful enough to travel long distances through thick forests and signal to others their mating status, size, and fighting ability, reports National Geographic.