Girls and Dolls in the Roman Empire 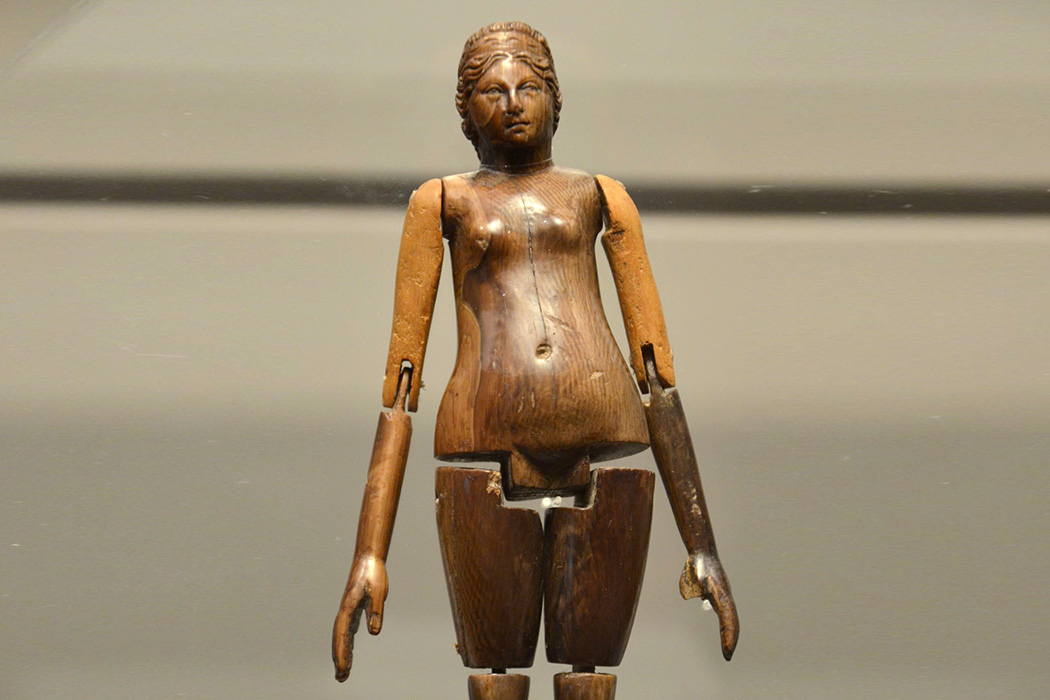 Analyzing the dolls of elite girls shows that playthings reinforced gendered expectations but also allowed for imaginative play.Barbie dolls tend to get a bad rap. Critics rebuke them for promoting harmful body standards and other sexist tropes in the minds of young children.

But some scholars note that the dolls also allow for versatile, wide-ranging play, because of their lack of prescriptive narratives. Despite their faults, Barbies can become anything—or anyone—the child wants them to be.

As classics scholar Fanny Dolansky argues, it’s possible to apply a similar line of thought to the dolls of young Roman girls from the second to the fourth century. Over 500 objects excavated from the Roman Empire have been identified as dolls, primarily girls’ playthings, and over a dozen have been buried in tombs of young girls.

These toys carried strong messages about girls’ expected roles in society. Like modern Barbies, they mirrored the body ideals of Roman times, in this case small breasts and wide hips. Because they resembled adult women, they were likely intended to help young girls contemplate their future as wives and mothers.

Dolls also wore miniature rings, jewels, and sometimes even removable clothing, which young girls might have used to learn about their own bodies and to practice dressing themselves.

With their emphasis on adornment, these toys “embodied a particular ideal of upper-class, adult femininity—a perfectly coiffed, highly polished exterior that reflected discipline, control, and countless hours of ‘cultivation,’”