Getting Tipsy at Home in Your Underwear 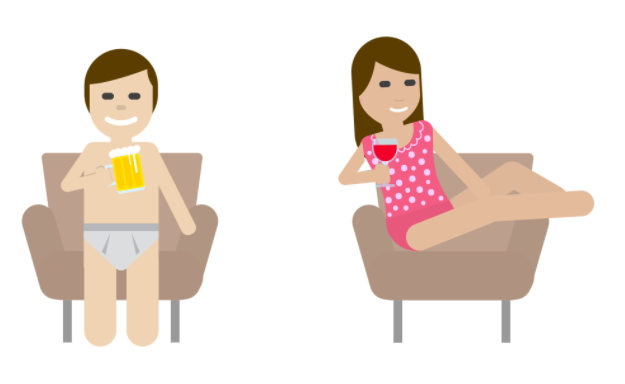 A Finnish tradition known as “pantsdrunk” is gaining favor with Americans stuck at home.

The Finns have a tradition of getting drunk at home in their underwear. It’s so commonplace there is a word for it, “kalsarikännit,” as well as two emojis: a man in gray underwear with pint of beer, and a woman in a polka-dot slip with a glass of red wine.

In English, the rough translation is “pantsdrunk.” And if there was ever a time for pantsdrunk to become a trend in America, it’s probably now, when people are self-isolating at home.

“I don’t always drink in my underwear, but when I do, I tell everyone it’s a Finnish tradition,” said Miles Teller, the 33-year old actor, on Twitter on March 19. …

While pantsdrunk may seem like just another excuse to drink at home, there are key differences. The person does not intend to go out afterward, so it is not a pre-gaming session. And the dress code is beyond lax. If swilling in sweatpants seems cozy, quaffing in underwear is an entirely other level of comfort.