Gene Weingarten: Take me out to the Old. Word. Game. 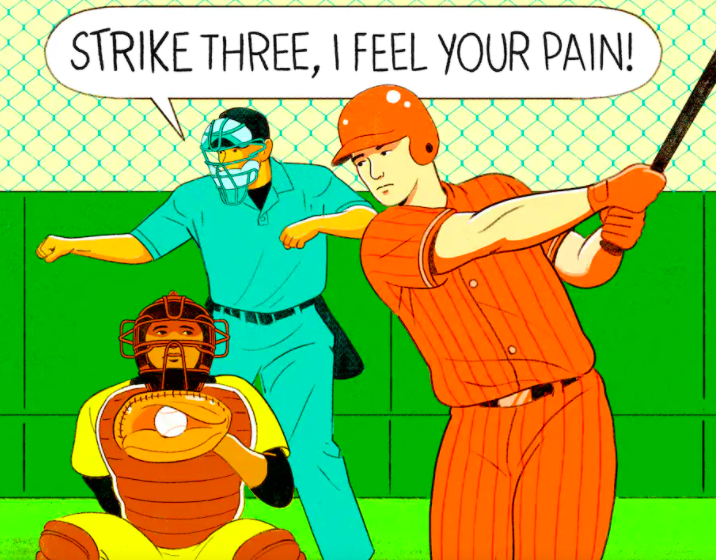 But player feelings are particularly valued these days! Aaron Hicks, the Yankees’ $10 million-a-year center fielder, recently asked to sit out a game because he’d been rendered melancholy by the national news of the day. The national news of the day was indeed tragic, and infuriating, but the other 779 major leaguers somehow managed to tough it out. The Yankees granted Hicks’s request without complaint. Morale! (In 2003 Brett Favre played a game the day after his dad died suddenly; he threw for 399 yards and four touchdowns, but I am not making comparisons inasmuch as any implied criticism might affect the Yankees’ morale and stall their momentum, and I love the Yankees.)

My point is that in this baseball season, predictably, we have returned to the arena of “scuffling just a little bit.” I’ve written about this phrase before. Managers and coaches don’t want to say their players are “sucking like a Schwarzschild black hole.” Morale! So, “scuffling a little bit” is back in force and as always is absolutely beautiful and bewildering in its understatement.

“Scuffling” is a word without contextual meaning — technically, it means fighting or walking in a shambling manner — but coaches and managers, seeking the balm of euphemism, apply it to players who are playing dreadfully.