Friday essay: why we need children’s life stories like I Am Greta 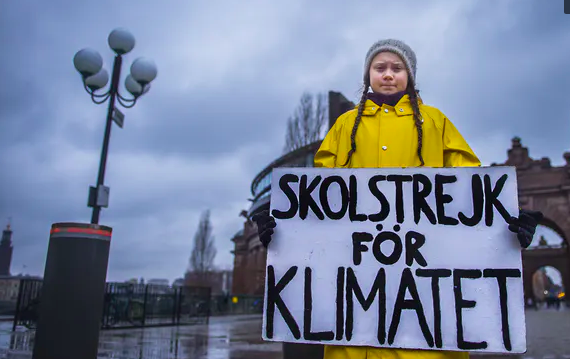 Am Greta asks us to think differently — not just about Thunberg, but about children’s voices more generally. Thunberg’s father, Svante, speculates that due to her photographic memory, Greta likely knows more about climate change than 97% of politicians. Such knowledge is possible.

Those who doubt Thunberg’s authority to speak on these issues most commonly argue because of her age, she cannot possibly be educated enough on these issues. Other critics suggest she is her parents’ puppet. She is often criticised for being an instrument of left-wing media.

Similar accusations have been made about other young female activists like Yousafzai, Emma González, Isadora Faber, and Bana Alabed.

When Yousafzai rose to prominence, critics referred to her as “the darling of Western media”, and “a tool for political propaganda”. Like Thunberg, her activism was assumed to be advancing her father’s politics and career.