Free willy: are film and TV finally growing up about male nudity? 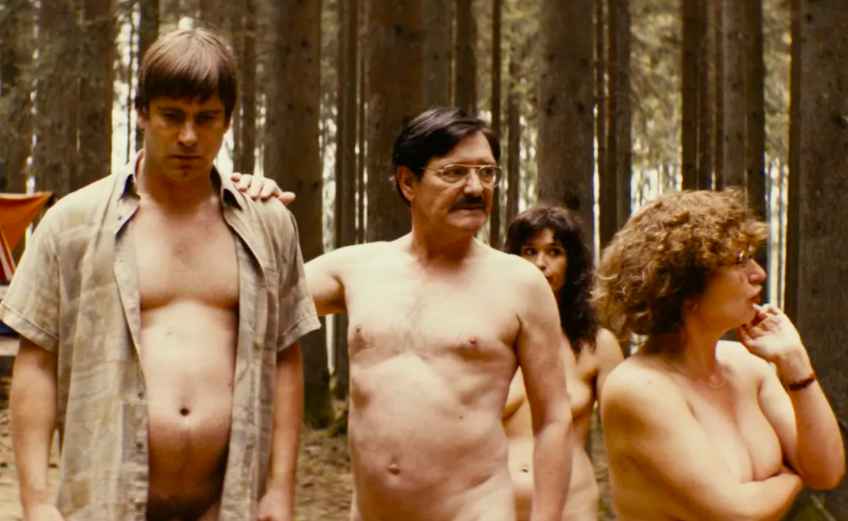 Belgian film Patrick showcases the average male form, setting it apart from movies that often present it as comedy or combat.

In terms of an attention-grabbing tagline, the Belgian movie Patrick had me at “Naturist campsite handyman loses his hammer”. Don’t expect anything saucy, though: Patrick, out on digital platforms on Friday, is a spare, sombre character study, set in a woodland community where everybody happens to be naked. After a few minutes, you stop noticing, even though the film occasionally embraces the absurdism, especially in a fight scene between two angry naked men in a flimsy mobile home. …

The day dick jokes stop being funny is the day comedy dies, arguably, but things are changing. For one, behind the camera there are relatively fewer men with questionable attitudes towards female nudity, and fewer women willing to comply with their demands. Meanwhile, some male actors – such as Tom Hiddleston (The Night Manager) and Harris Dickinson (Beach Rats) – have embraced nudity in the name of redressing the balance. There is more nudity on our screens than ever before, but – looking at shows such as Normal People, Euphoria, Sex Education, The Deuce and (latterly) Game of Thrones – it is much more equitable gender-wise. The use of intimacy coordinators, prosthetics and CGI has also helped.

By Steve Rose, The Guardian