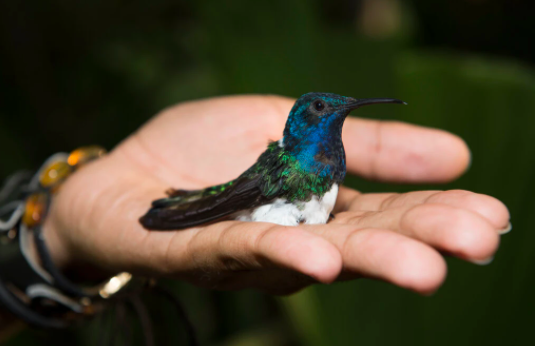 Among white-necked Jacobin hummingbirds, those with plumage that resembles colors found on males get harassed less.

An adult female white-necked Jacobin hummingbird is no stranger to invisible labor.

When she lays an egg, the male hummingbird who played an equal role in the conception of said egg is nowhere to be seen. It is only thanks to her hours of weaving that the egg has a nest at all. When her chick hatches, she alone will feed it regurgitated food from her long bill.

And then there is the constant harassment. As the muted-green females visit flowers to sip on nectar, they are chased, pecked at and body-slammed by aggressive males of their species, whose heads are a flamboyant blue.