Exposed to a deluge of digital photos, we’re feeling the psychological effects of image overload 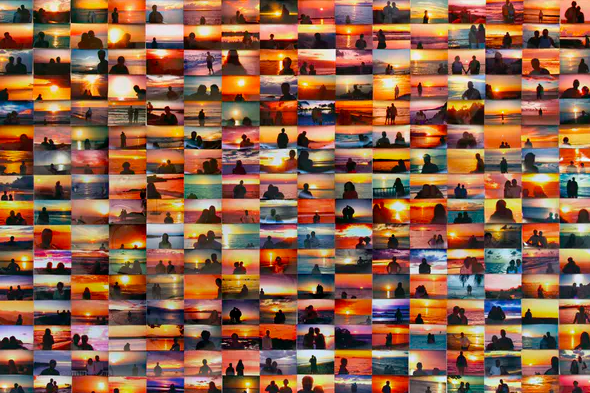 Image overload hinges on feeling visually saturated – the sense that because there’s so much visual material to see, remembering an individual photograph becomes nearly impossible.

For my students, this feeling was marked at times by general frustration, low-grade anxiety and flat-out fatigue. Image overload also suggests a level of exhaustion with the process of monitoring and creating photo streams – surviving the pressure to digitally document one’s everyday life and to bear witness to others’ ever-growing image banks.

Many accumulate thousands of images on their phones and digital cameras. The daunting task of organizing, altering and deleting these can evoke feelings of dread. Indeed, according to a 2015 report, the average smartphone user has 630 photos stored on his or her device.

Instead, as media Studies professor José Van Dijck explains in “Mediated Memories in the Digital Age”:

Even though photography may still capitalize on its primary function as a memory tool for documenting a person’s past, we are witnessing a significant shift, especially among the younger generation, toward using it as an instrument for interaction and peer bonding.

Part of what image overload may well register, then, is the regular pressure to communicate through photographs, which requires a series of ensuing steps beyond simply clicking the shutter: editing, posting, promoting, and responding.

By Rebecca Macmillan, University of Texas at Austin