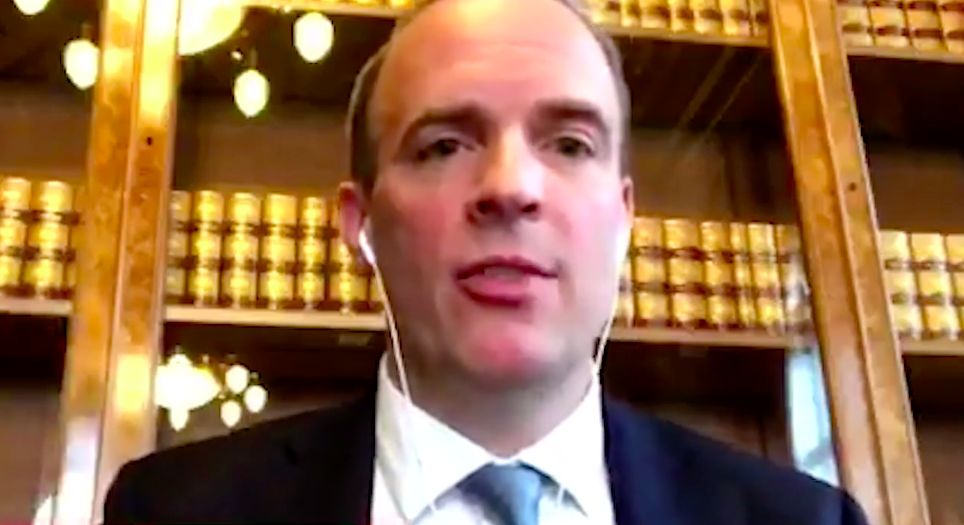 “It feels to me like a symbol of subjugation and subordination, rather than one of liberation and emancipation – but I understand people feel differently about it so it is a matter of personal choice.”

Asked if he would take the knee, Mr Raab replied: “I take the knee for two people: the Queen and the missus when I asked her to marry me.”

Taking a knee has come to be regarded as a symbolic act of opposing racism in recent years.

It originated in American football, when National Football League player Colin Kaepernick knelt while the US national anthem played to call attention to racial injustice.

In Game of Thrones, “bending the knee” is a formal act of submission to a monarch or lord.

By Samuel Osborne, The Independent