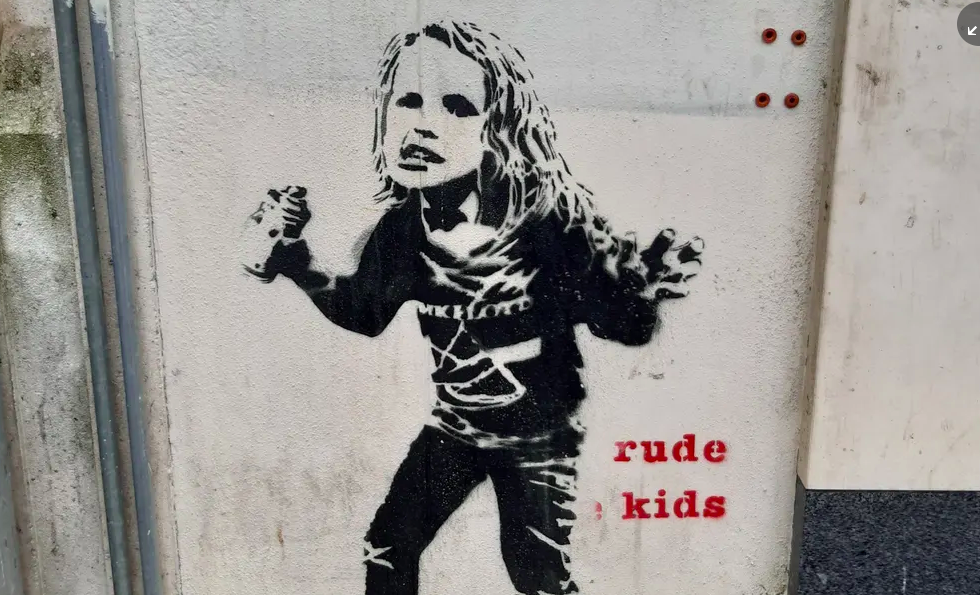 We asked you to tell us about your much-loved pieces of public art across the country. Here are some of your suggestions.

They’re cheeky and unadulterated. So Banksy-esque. They act to eradicate the stigma of graffiti as mess. There is nothing unclean about this. Except, perhaps, the manners of the kids that this artist portrays. We all know children can get away with an awful lot of mischief, and this generates a smile from that sneaky inner child in all of us. It’s an altogether brilliant concept and collection that the artist absolutely gets away with. Lara, 23, graduate, Chester

Another Place, Crosby beach in Merseyside by Antony Gormley

The Steel Wave in Newport, South Wales by Peter Fink

The Children of Calais in Saffron Walden by Ian Wolter

The hours of Katie Wearie sundial, Linlithgow in Scotland by Tim Chalk