Can You Wear Floral on Your Buzz Cut? 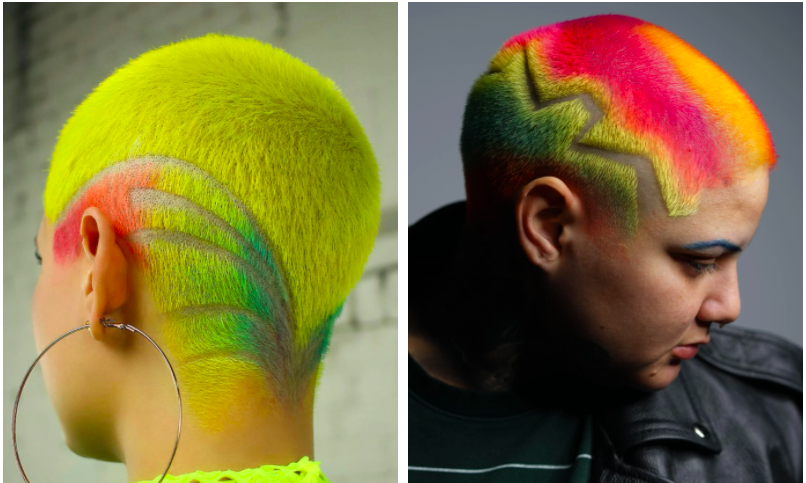 The intricate art of hair tattooing reimagines the buzz cut as a blank canvas.

“The buzz cut is a form of rebellion and of disconnecting yourself from politics, society or your 9-to-5 job,” Ms. DeMoss said. “Walking around with a nearly bald head is a statement, but adding in art, technique and meaning elevates it to another level, entirely.” With vivid dyes and clipper carvings, hair tattooing reimagines the minimalist, authoritarian buzz cut as a canvas for maximal adornment and individualized expression.

“Coronavirus put a lid on all of us,” said Janine Ker, a self-described “artist who does hair.” “It just makes you want to explode and change and get out!” Ms. Ker is best known for creating the rainbow leopard hair tattoo that the Latin pop star J. Balvin wore at his 2019 Coachella performance. A pioneer of the trend, Ms. Ker has been sharing photographs of her multilayered styles, which combine complex hair sculpting techniques with up to three layers of dye and processing, since 2016.

“I wanted to overcome the limitations of hair as a medium and create something that would really shock people,” she said.