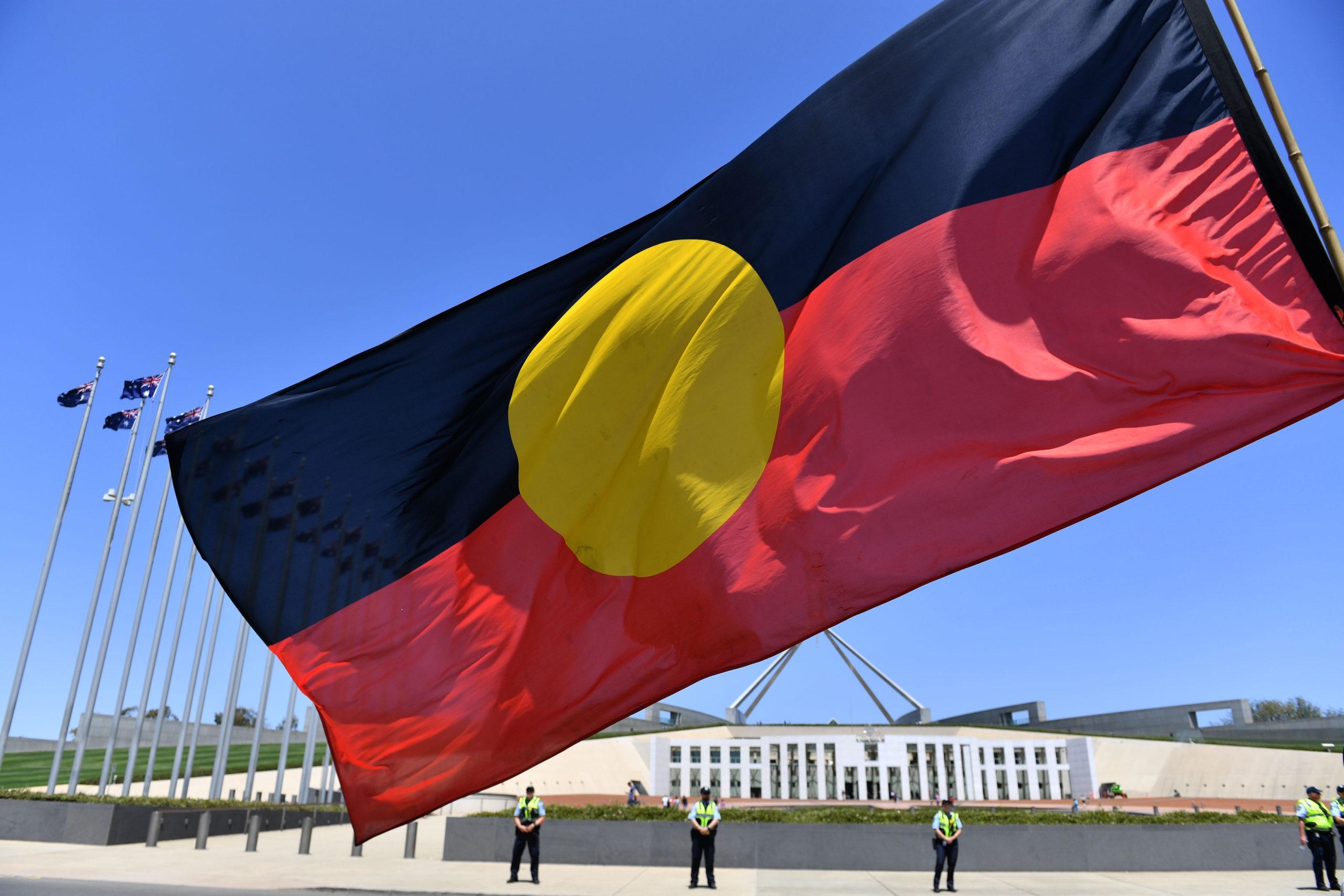 Made by the Luritja artist Harold Thomas in 1971, the rights to the flag design are currently held by Ben Wooster, a former art dealer previously fined $2.3m for selling fake Aboriginal works of art.

A years-long campaign to “free” the design of the Aboriginal flag has gained federal backing this week as the Australian government begins negotiations with a non-Indigenous clothing company that owns the licensing rights to its design. …

However, some believe that the movement is a “major misunderstanding” in misstep with authentic Aboriginal culture, and that Thomas is partly to blame for licensing the design. “There’s such a thing as Australian Aboriginal culture and a flag made in 1971 is not our culture,” one Twitter user noted. “The flag is a By piece of artwork designed by Uncle Harold. It’s not authentic traditional culture, it’s contemporary art.”

By Gabriella Angelet, The Art Newspaper