Boxing Day 101: What is it and how do you celebrate? 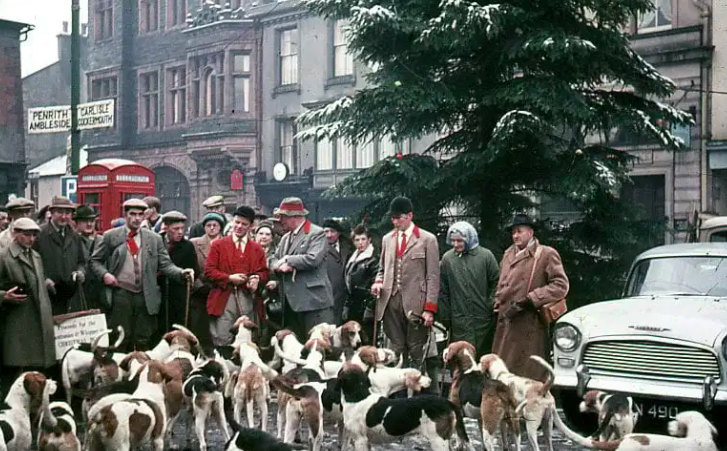 There are competing theories for the origins of the term, none of which is definitive. The Oxford English Dictionary gives the earliest appearances from Britain in the 1830s, defining it as “the first week-day after Christmas-day, observed as a holiday on which post-men, errand-boys, and servants of various kinds expect to receive a Christmas-box.” In Britain, it was a custom for tradespeople to collect “Christmas boxes” of money or presents on the first weekday after Christmas as thanks for good service throughout the year. This custom is linked to an older British tradition: since they would have to wait on their masters on Christmas Day, the servants of the wealthy were allowed the next day to visit their families. The employers would give each servant a box to take home containing gifts, bonuses, and sometimes leftover food. Now, it’s a holiday for everyone, but gifts are no longer exchanged. …

Boxing Day is also one of the main days in the hunting calendar for hunts in the UK and US, with most hunts (both mounted foxhound or harrier packs and foot packs of beagles or bassets) holding meets, often in town or village centres. It’s not an uncommon sight to see the hunts streaming across the English countryside on this day, and many people will watch the meets as spectators. Though fox hunting is now illegal, they are still able to practice the tradition as long as no foxes are harmed or killed (usually the dogs are sent after a scented dummy).

Simply put, Boxing Day is a day to enjoy the joys of the mid-winter break from the rat race. To eat good food, get a good deal or spend time with your friends and family. It’s certainly a lesson we can all learn from!