Birds shuffle and repeat their tunes to keep the audience listening 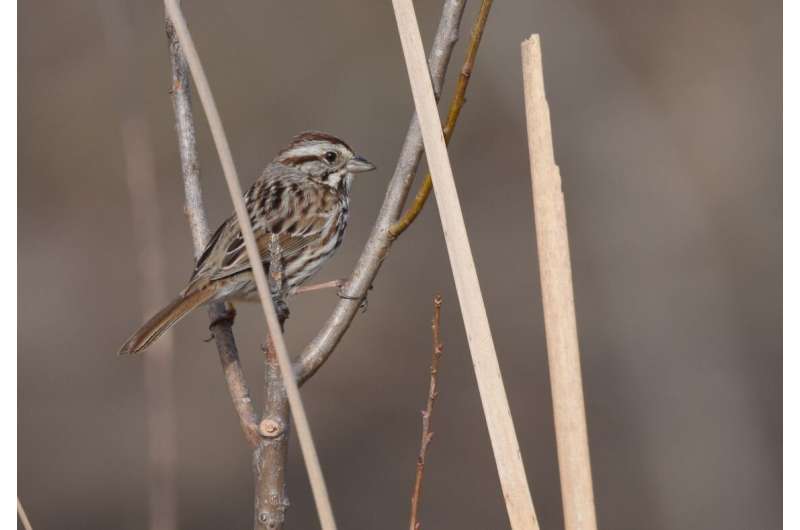 The tweets of a little song sparrow and its “bird brain” are a lot more complex and akin to human language than anyone realized. A new study finds that male sparrows deliberately shuffle and mix their song repertoire possibly as a way to keep it interesting for their female audience.

When wooing, song sparrows belt up to 12 different two-second songs, a repertoire that can take nearly 30 minutes to get through, since they repeat the same song several times before going on to the next track. In addition to varying the number of repeats, males also shuffle the order of their tunes each time they sing their discography. However, a big unknown had been whether males change up their song order and repeats by accident or by design.

Taken together, these findings demonstrate that song sparrows possess an extremely rare talent with an equally uncommon name: “long-distance dependencies.” It means that what a male song sparrow sings in the moment depends on what he sang as much as 30 minutes ago. That’s a 360 times larger memory capacity than the previous record holder, the canary, who can only juggle about five seconds worth of song information in this way.