Beverly Cleary taught girls to make a brave demand: Love me for how I am 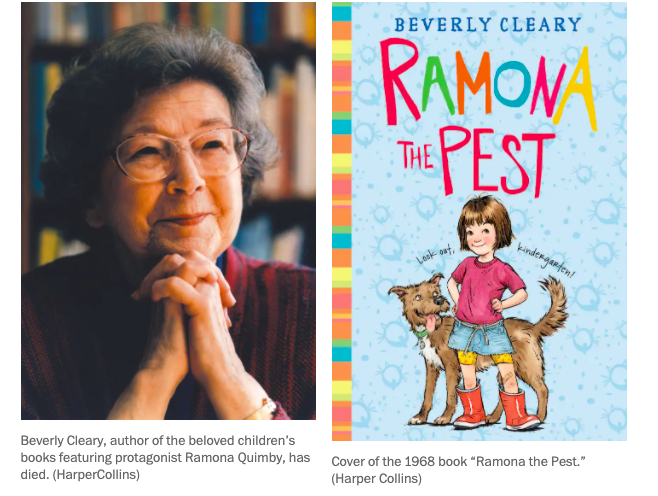 Beverly Cleary, whose death at 104 was announced Friday, first introduced Ramona as a minor character in a different children’s novel. But over the next 50 years and eight books, she became her own protagonist, a real girl suffering the real problems of childhood, in all of their smallness and their enormity.

“She does not suffer fools. She is full of vim and vigor,” wrote Amy Poehler in the forward of a recently rereleased Ramona novel. “Ramona was a pest! She was irascible and uncompromising! She was allowed to be angry and not afraid to stand up to boys!”

Today these traits would be unremarkable for a female literary heroine — standard, even, obsessed as we are now with the hazy notion of “strong female characters.” In 1950, when Ramona made her first appearance, they were not unremarkable; they were trailblazing. Cleary took every attribute that girls were then warned away from — bossiness, brashness, hot temper — and she tucked them all into one character. And then she made that character into an inspiration. …