Bare-Chested Tongan Flag Bearer Back in Action at Tokyo Games 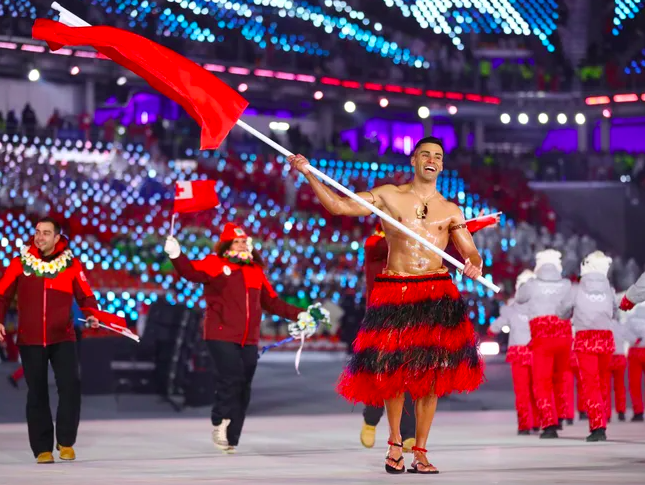 Remember that shirtless, oiled up Tongan Olympian? He’s back, and ready to inspire in 2021

A Tongan athlete who won a legion of fans after parading oiled-up and shirtless at the Rio Olympics five years ago was up to his old tricks as he led his country’s team out at the Tokyo Olympic Ceremony. Pita Taufatofua, sharing his flag-bearing duties with fellow taekwondo fighter Malia Paseka, managed to raise something approaching a cheer from the 950-odd spectators, journalists, and dignitaries at the Olympic Stadium. Taufatofua also made a shirtless appearance at the 2018 Winter Games in Pyeongchang, where he competed in the cross-country skiing event. The 37-year-old is not finished yet, though. He told USA Today he wants to become the first person to qualify for three Olympics in three different sports and has been training hard in the sprint kayak.

In the 2016 Games, Taufatofua wore a tapa cloth, symbolic Tongan clothing worn at formal events. In 2020, he wore ta’ovala, which is a handmade, traditional Tongan costume also worn for formal occasions and is meant to respect the land.

Taufatofua opted to wear the traditional clothing because it was only recently that Tongans were told what to wear by Olympic officials, which he felt wouldn’t properly represent his country.