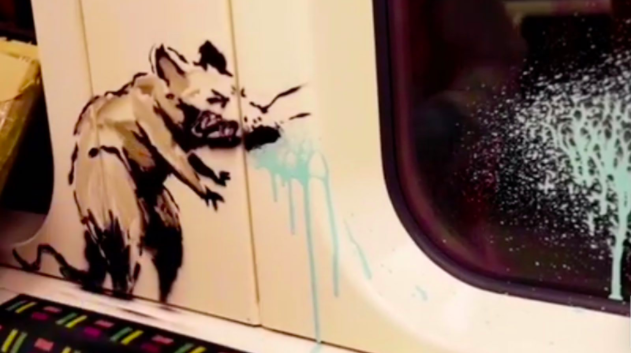 “We appreciate the sentiment of encouraging people to wear face coverings,” says a spokesman

It is almost a cliché, the story of an unsuspecting cleaner disposing of a valuable work of art without realising it. After a London Underground train was graffitied earlier this week by the British street artist Banksy, cleaners dutifully carrying out their jobs wiped away the piece “due to [London Underground’s] strict anti-graffiti policy,” says a spokesman for Transport for London (TFL). Works by the artist often sell for several million pounds; last year a painting of chimps as MPs sold for a record £9.9m at Sotheby’s auction house.