As Statues Of America’s Racist Past Were Removed This Year, So Were Tattoos 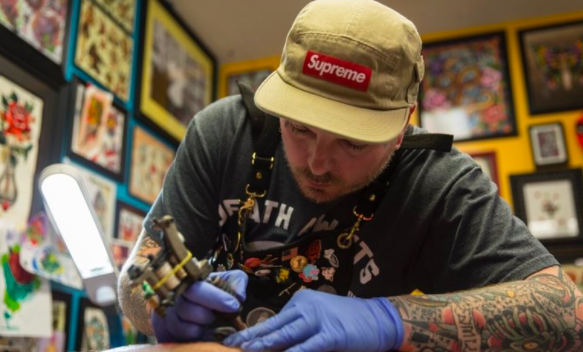 The year of large racial justice protests led to an unprecedented number of Confederate symbols being removed around the country.

More than 100 Confederate symbols have been removed from public spaces or renamed since George Floyd was killed, according to a count by the Southern Poverty Law Center.

And in a similar reckoning, tattoo artists around the country say that as protests took off this year, requests to remove or cover up racist tattoos did, too.

Kyle Boykin was 17 when he got a tattoo of the Confederate flag that covered his upper arm. “Growing up in rural, small-town Ohio, that was kind of the cool thing,” he says. To him, it was about being proud of his family’s history in the South.

But as Boykin got older, he began to understand that as a white man, the same Confederate flag that to him represented pride held dark reminders of slavery and white supremacy for many Black Americans.