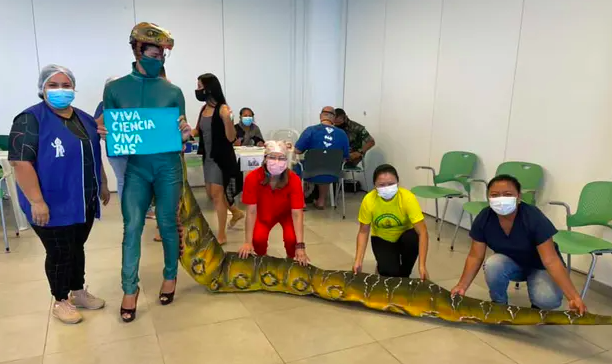 People are wearing costumes as a protest to the government’s handling of an outbreak that has killed more than 545,000

Most come as the jacaré: the scaly alligator native to several parts of Brazil, including the Amazon, a region which has come under growing attack from illegal loggers and miners since Bolsonaro took office in 2019.

“My costume was a way of expressing my horror,” said Leila Fernandes, a 60-year-old educator from the city of Fortaleza whose crocodilian onesie was designed to reflect her fury at Bolsonaro’s “abhorrent” handling of the Covid epidemic, sabotage of containment measures and promotion of ineffective remedies.