An Organ Recital, With a Coronavirus Shot 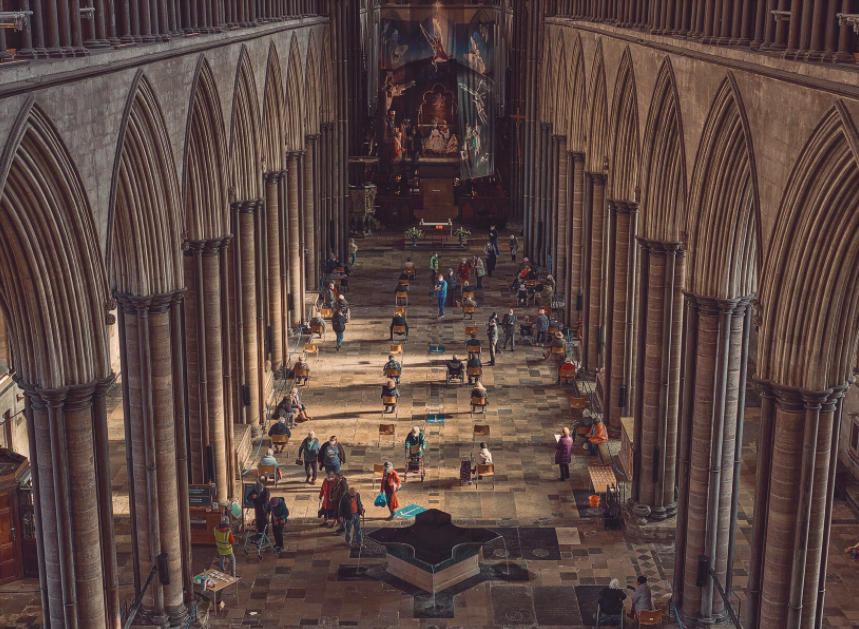 Salisbury Cathedral is joining Britain’s vaccination drive, and its organists are providing a musical accompaniment. They’re even taking requests.

On a recent Saturday afternoon, Margaret Drabble, 83, sat beneath the soaring arches of Salisbury Cathedral, swinging her legs back and forth under her chair like a schoolgirl.

Minutes earlier, in a booth near the cathedral’s entrance, she had received her first shot of the Pfizer-BioNTech vaccine against the coronavirus. But that wasn’t why she was looking so happy, she said. Instead, it was from the elaborate organ music gently reverberating in the cathedral’s interior.

“Oh, I just love the organ,” said Drabble, a former schoolteacher. “It’s so beautiful, it almost makes me cry every time I hear it.”

That makes the cathedral one of the few places in the country one can hear live music right now. With much of Britain under lockdown restrictions for the third time, theaters, museums and concert halls have been forced to shut. But in recent weeks, the British government’s race to vaccinate its population has provided some cultural venues with a surprising lease on life.

Joan Didion Revisits the Past Once MoreWith a Gift of Art, a Daughter Honors, if Not Absolves, Her FatherHere’s What We Would Nominate for Best PictureContinue reading the main story

Some — like the Thackray Museum of Medicine in Leeds, in northern England, and the Hertford Theater, just north of London — have become vaccination centers, taking advantage of their large, well ventilated spaces and experience with managing crowds. Visitors now line up to receive shots, instead of to look at display cases or sing along to musicals.

At least one well-known London attraction, the Science Museum, is being considered, according to local officials, and even circus operators have offered their big tops.