An Ode to the Raised Fist Emoji 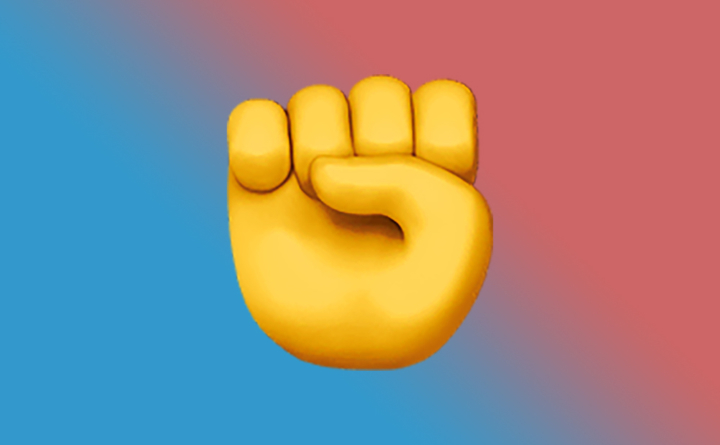 Oh, . How your five fingers clench with determined strength, but not too tight. Like the way we hold our dreams for a better future — with intention but no real grasp. One tiny symbol with such grand significance, recognized across continents, evoker of hope, solidarity, justice, and … testicles?

“(clenched fist)”  is my email signature, which is how I learned it means “testicles”/ “fuck you” in Mexico, where I live and work, after making it my email signature the night Donald Trump was elected President. Also in Mexico, during protests and natural disasters, a raised fist in a crowd is a call for collective silence.

In Cuba, the emoji can stand in for the knocking-on-a-door motion, which means sex. In Switzerland, it can mean ‘here’s hoping,’ like fingers crossed. But it almost always universally means some variation of solidarity and power to the people.