A TV host in Ivory Coast asked a sex offender to show his technique on a mannequin. Women fought back. 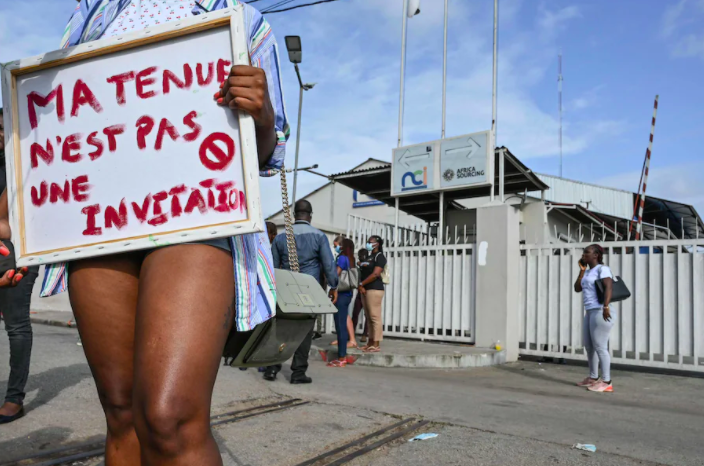 “This is rape culture, and it is atrocious,” said Benedicte Joan, president of Stop Au Chat Noir, an Ivorian group fighting to end sexual assault.

The name of her organization — which translates to “Stop the black cat” — is a reference to a grim term that girls in Ivory Coast hear as they grow up. “Black cat” is code for men who break into women’s bedrooms, she said, and people say it like a punchline.

The lurid television segment this week was an extension of that attitude, she said.