A country created through music 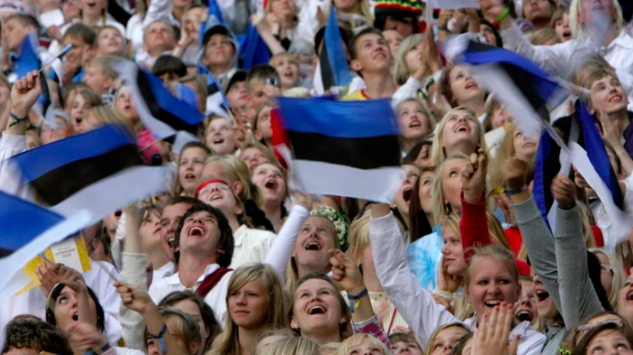 Estonia sang its way out of the Soviet Union. Can it open up to the world and keep its revolutionary musical tradition intact? … Whether under German, Danish, Swedish, or Soviet occupation, Estonians have long turned to music as a way of preserving some semblance of national identity amid foreign domination. The country’s massive song festivals, which date back to 1869, feature a choir of roughly 20,000 to 30,000 singers and have drawn audiences of more than 100,000 people—nearly a tenth of the population.