A congresswoman’s predicament: what to wear? Cori Bush and AOC talk it out 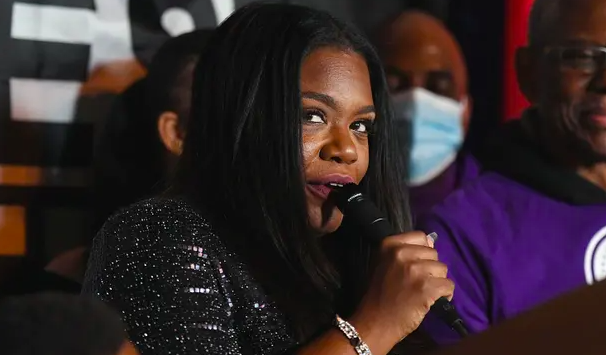 Last night newly elected Democratic congresswoman Cori Bush, who made history this year when she defeated a 10-term incumbent and became the first Black woman elected to Congress in Missouri, tweeted a practical concern about entering the House of Congress. “The reality of being a regular person going to Congress is it’s really expensive to get the business clothes I need,” she said.

Bush, the single mother of two children, gave up her health insurance to run for office, leaving full time work as an ordained pastor and nurse. She now finds herself having to dress for a place where people are used to inordinate means: in 2018, the median net-worth of a congressperson was $511,000, eight times that of the average US household. The majority of her colleagues at Congress are also millionaires – meanwhile, Bush will not receive her first paycheck until after inauguration on 20 January , potentially later depending on how long it takes Trump to acknowledge defeat.

Bush is not the first to have these practicalconcerns. Congresswoman Rashida Tlaib responded to Bush, saying she shops in thrift stores. Ayanna Pressley responded with make up tips.

Alexandria Ocasio Cortez offered to go shopping with Bush. Ocasio Cortez, who was a waitress before being elected to Congress, has always spoken openly about how borrowing from friends, thrift shopping and a clothing rental subscription her friend bought her got her through her first term in the house.

By Poppy Noor, The Guardian