A brief history of opposition branding, a tradition as American as apple pie “In Your Guts, You Know He’s Nuts.” 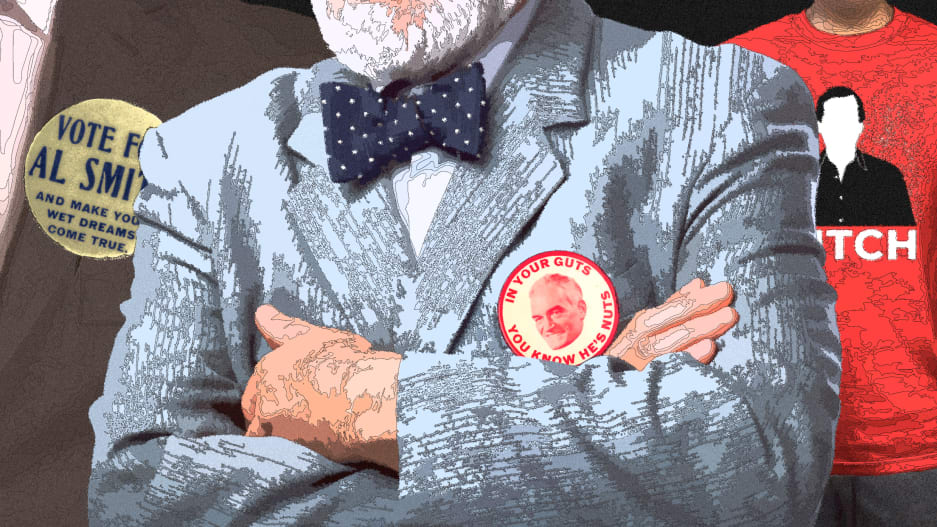 But opposition branding, in which politicians either appropriate an opponent’s visual identity or place the opposition’s messaging in a new visual context, is a longstanding American tradition.

Susan Merriam, cofounder of the Center for American Politics and Design, hypothesizes that this is in part because the United States has a two-party political system, which lends itself to direct, pointed responses from opposing parties—something that has only grown more pronounced in recent years. “As our country has become increasingly bipartisan, and our presidential candidates are further entrenched in their respective parties today, there’s less incentive to appear cordial to their opponents and therefore in turn politicians espouse more outrageous attacks,” Merriam says.

Opposition branding also allows a campaign to dispute an opponent’s claims without having to dignify them. “Vice President Biden parodying the president’s rhetoric or visuals diminishes the power of those statements without having to argue against them, therefore giving them less value,” Merriam says. “It’s a necessary tool for the Biden campaign to combat constant messaging bombardment [from the Trump campaign], which they will probably continue to receive to election day and beyond.”