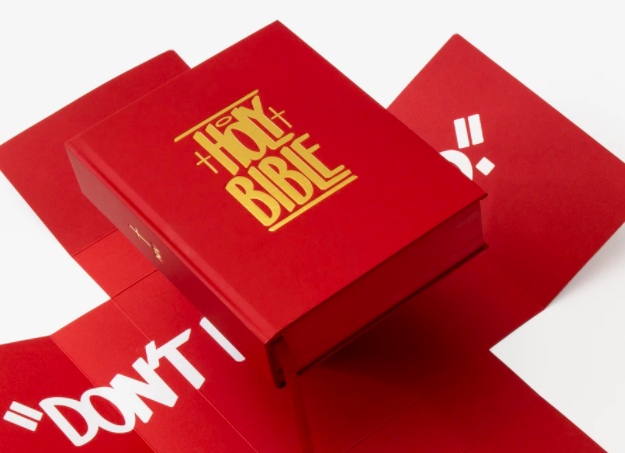 At first, social media users weren’t sure if it was an elaborate April Fools’ joke. It was, after all, April 1 when the billboard appeared above New York City’s Canal Street advertising a Bible with a $300 price tag.

The limited edition, art-inspired GPC NIV Bible is described on its website as a “modern version of God’s Holy Word” and an “ambitious project, elevating the aesthetic to God’s Holy Word with artisan qualities.” Those qualities include gold foiling on its “striking crimson red Soft Touch cover” and sustainably sourced paper. The title of each book was lettered by New York City artist Eric Haze.

“Rooted in humility with an ambitious mission, we set out to build a fresh, relevant brand around the best selling book in history — the Holy Bible,” says the Good Publishing Co. website.