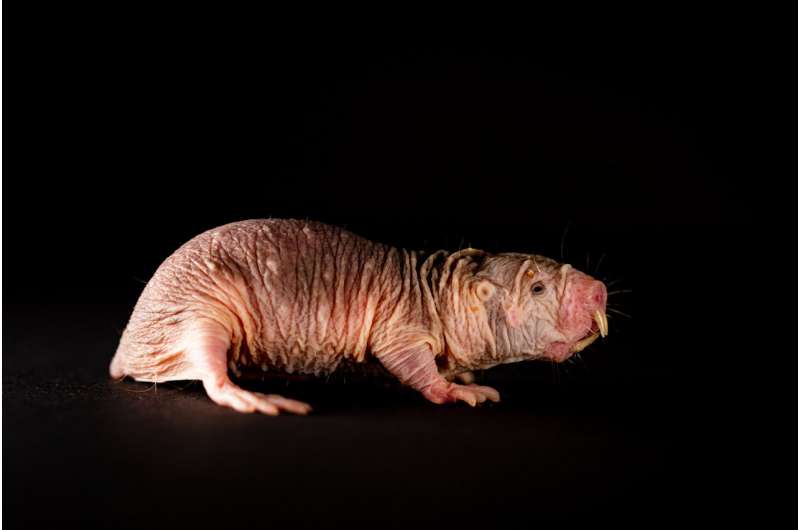 Some people converse in Creole, while others speak Scots, but it’s not only humans who can be identified by the diversity of language they speak. Naked mole-rats have their own dialects, too. Shared dialect also strengthens cohesion within a colony, a team led by MDC researcher Gary Lewin reports in Science.

Naked mole-rats are very communicative creatures. If you stand outside their home and listen, you can hear the little rodents quietly chirping, squeaking, twittering or even grunting to one another. “We wanted to find out whether these vocalizations have a social function for the animals, who live together in an ordered colony with a strict division of labor,” says Professor Gary Lewin, head of the Molecular Physiology of Somatic Sensation Lab at the Max Delbrueck Center for Molecular Medicine in the Helmholtz Association (MDC). …

“Human beings and naked mole-rats seem to have much more in common that anyone might have previously thought,” concludes Lewin. “Naked mole-rats have a linguistic culture that developed long before human beings even existed. The next step is to find out what mechanisms in the animals’ brains support this culture, because that could give us important insight into how human culture evolved.”