The Grim Truth Behind the Pied Piper 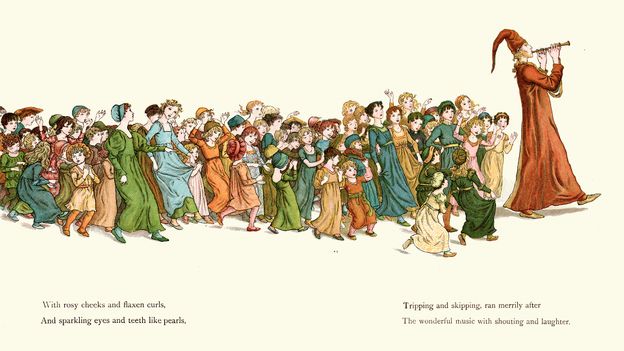 But if the tale evokes a universal fear, it still resonates most strongly in Hamelin – and the Piper’s tour suggests why. In fact, the real surprise of his tour isn’t so much the beautifully preserved townscape but the suggestion that the Pied Piper is much more than just a fairy tale. The Grimm Brothers and Browning may have shaped the legend into art, but the story, it turns out, is likely based on an actual historical incident.

The proof is etched on Hamelin’s face itself. An inscribed plaque on the stone facade of the so-called Pied Piper house, a half-timbered private residence dating to 1602 – similar to an even earlier one etched on the building’s window – bears explicit witness to the mystery. The inscription reads:

By “A.D. 1284 – on the 26th of June – the day of St John and St Paul – 130 children – born in Hamelin – were led out of the town by a piper wearing multicoloured clothes. After passing the Calvary near the Koppenberg they disappeared forever.”

By By Raphael Kadushin, BBC