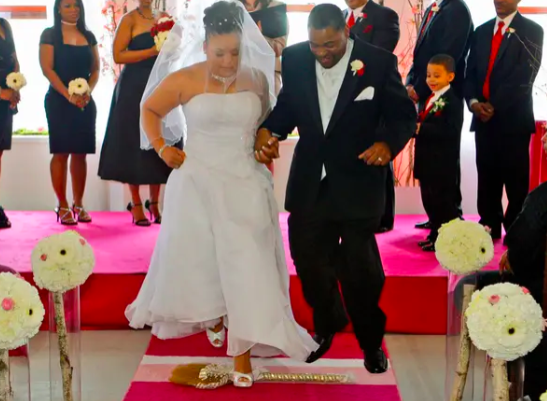 In its contemporary usage, couples jump over brooms as a sort of signifier of sweeping away the old to make way for a new beginning, and the tradition is most widespread among some black communities in the United States today. As the name of a 2011 romcom, it’s even firmly part of the cultural lexicon.

But oddly enough, the tradition originated with Romani gypsies from Wales. …

By the 1830s and ’40s, jumping the broom was a ritual that enslaved people understood as their own.

“They didn’t entirely know the origins of it,” Parry told INSIDER. But at some point, “slave communities recognized it as one way they could legitimately marry each other.”