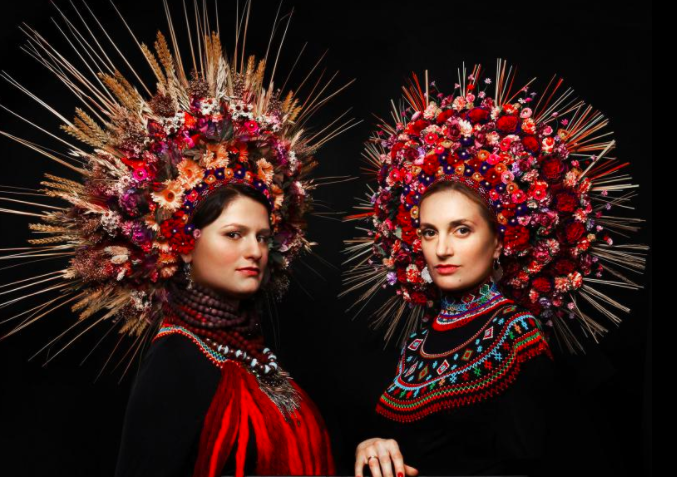 Flowers, feathers, hemp threads, shells, beads, even pieces of foil and wax–these are just a few of the items that Ukrainian artist Dominika Dyka weaves into her modern re-creations of the traditional Ukrainian vinok (wreath or crown).

Worn for centuries by girls and young women to symbolize purity and fertility—and a mainstay at festivals and weddings—the wreaths are believed to have pagan origins that predate the introduction of Christianity to the Eastern Slavic world in the 10th century. Today, however, they are part of a resurgence of traditional culture that Ukrainians are embracing in daily life—modernized with both a proud history and a bright future in mind. …

Love and weddings aside, there is another element at play: patriotism.